Fun facts about Thailand – The land of smiles

A lot of the facts are really serious matters for the Thai people. So please have respect for some of these fun facts about Thailand when you visit the kingdom of Thailand. 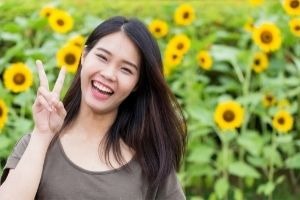 It is impossible to hang the Thailand flag upside down

The Thai flag is symmetrical, so it’ll look the same even when you turn it upside down.
It is said that in 1917, King Vajiravudh (Rama VI) saw the flag hanging over his head during a flood. Since this would like to avoid having to happen again, the king designed a new symmetrical flag that will always be with the right side up.

The middle color was previously red, but was changed to blue later that year. Red symbolises the nation, land and people. White represents the purity of Buddhism, and blue symbolises the monarchy.

What is Thailand known for?

Thailand is known for its amazing tropical beaches and many beautiful temples, elephants, kickboxing and friendly, generous and smiling people.

Thailand used to be known as Siam

In 1939, Thailand changed its name from Siam to Thailand. It was again changed for a short period back to Siam between 1946 and 1948. Finally, the country switched back to Thailand, officially the Kingdom of Thailand, in 1948.

Driving without a shirt is illegal in Thailand

It is illegal to drive without a shirt in Thailand, and the penalty can include jail time. The law applies to both motorists and scooters, so be sure to wear a shirt before driving, no matter how hot the weather is.

Thailand is the birthplace of the energy drink Red Bull

The Austrian entrepreneur Dietrich Mateschitz was in his time inspired by an already existing Thai energy drink called Krating Daeng. He adapted the ingredients to the tastes of the Western consumer and founded in Austria the Red Bull company in collaboration with Chaleo Yoovidhya. 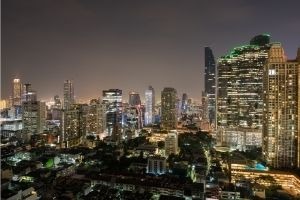 Bangkok has the highest temperature in the world

With an average temperature of 28 degrees, Bangkok is the hottest city in the world (Temperaturewise).

It is illegal to step on any Thai currency

It is illegal to step on Thai money (baht). You could actually risk going to jail for this. This is because the king’s face is printed and engraved on Thai currency, this applies to both banknotes and coins. It is not difficult to obey this unusual law, but it is a good idea to keep this in mind. So if one of your Thai coins or banknotes falls out of your pocket, avoid stepping on them to prevent it from flying or rolling on the floor.

Over 90 percent of Thais are Buddhist

Theravada Buddhism is the dominant religion and makes up over 90% of the population. The remaining Thai population is divided between Malaysian Muslim, Christians and other religions.

Over 10% of the entire population of Thailand lives in Bangkok

There are over 10 million Thais registered in Bangkok. However, not everyone physically lives in Bangkok. They may have temporary residence in other provinces due to their work situation. 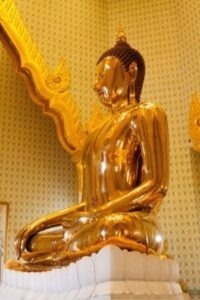 You can see the big gold buddha in Bangkok’s temple, Wat Traimit. It weighs an impressive 5.5 tons and is worth millions of dollars.

The Thai language has 76 letters

It is a very tonal language and therefore very difficult to learn Thai. Unless you’re good at bending. There are 44 consonants and 32 vowels.

The orchid is the national flower of Thailand

Thailand’s national flower is Orchid aka Ratchaphruek in the mother tongue. If you need to give flowers to a Thai person, this flower will bring great happiness.

Durian fruit smells so bad that it’s actually banned in a lot of places. It smells very bad. Despite its aroma, it’s highly sought after and sells for as high as $100 USD for one fruit (about the size of a small watermelon, but with spikes).

Logging is banned in Thailand

In 1989 Thailand banned logging. That is why you often see houses and buildings build around threes in Thailand.

Thailand shares a border with 4 other countries: Myanmar, Laos, Cambodia and Malaysia.

The temples on the Thai currency are all located in Bangkok

There are an estimated 40,000 temples in Thailand! Do not forget to bring a shirt (covering your shoulders) and wear long pants if you are planning to visit a temple in Thailand.

Everyone in the cinema gets up during the play of Thailand’s national anthem on respect the King of Thailand.

Most Thais have a nickname – Fun facts about Thailand

Most Thai people have two names – their full, official name and their nickname. But unlike in other countries where a nickname is usually only an abbreviated version of your real name, Thai nicknames are meaningful and chosen by the parents at birth.

Thai parents will often choose names with meanings in Thai or words that they like the sound of in foreign languages. Some common nicknames include Bank, Neung (en) and Benz for boys and Tangmo (watermelon), Chompoo (rose apple) and Nan.

The Bridge Over the River Kwai still stands today

Do you know the movie “The Bridge over the River Kwai”? The famous Hollywood movie. You can find that bridge near the city of Kanchanburi. The bridge was constructed as part of the Burma-Siam Railway by the Japanese during World War II, and an estimated 80,000 prisoners of war died during the construction of this railway.

Thailand is home to the world’s largest snake

The reticulated python lives in various jungles of Thailand, and the largest found was over 33 feet long. However, it does not stop there. The longest venomous snake in the world, the king cobra, can also be found in Thailand.

Thais Eat With Spoons And Forks

The first time you visit Thailand, it may come as a surprise to eat with spoons and forks. But the truth is that Thais only use chopsticks when eating Chinese food.
Otherwise, they use a spoon as their main tool for eating and cutting, while they use a fork to push food onto their spoon.

Thailand is visited by more than 6 million tourists every year.

Thailand is one of the most visited in Southeast Asia, where the number of tourists is gradually increasing year by year. This was before the pandemic hit.

Songkran Festival, the Thai New Year starts every 13-15. April, when millions of Thais and tourists armed with water pistols spray each other in the streets across Thailand.

Thailand is the world’s largest exporter of rice

By 2020, Thailand exported $ 3.7 billion worth of rice, about 15% of global production. In recent years, India overtook Thailand to the top position of the world’s largest rice exporter.

The head is considered the most important part of the body. Should you meet someone who is older or more important than you, it is recommended to lower your head in awe to show proper respect.

Thailand has over 1400 islands

Phuket is the largest island and the most famous is Koh Phi Phi. Also know from a James Bond movie.

The 7-Eleven is for Thailand what McDonalds is for the United States: There is ALWAYS a 7-Eleven nearby, and in most cities of a certain size you will find one on every street corner. For the Thais, it is not just a kiosk. The shop also functions as a post office, and they can even pay their bills and shop at 7-eleven. Incidentally, the stores have an insane selection of chips, spiced with everything from squid to seaweed. 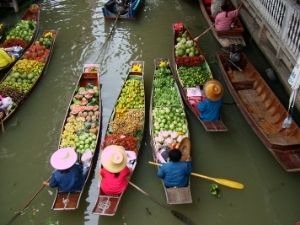 Bangkok was formerly called the Venice of the East

Floating markets are not only a tourist attraction but part of Thai daily life. If you want to see how Thai people shop for groceries, you must rise early in the morning to not miss out on a wonderful experience.

This was due to the fact that many of Bangkok’s original buildings were built on stilts over the Chao Phraya River as well as the many meandering canals that were a significant factor in Bangkok’s trading activities. Although there are still a fair number of beautiful canals in the capital where tourists and locals can enjoy boat trips, most of the canals were filled up and paved and have since become streets and sidewalks today.

How this law is otherwise enforced can be a good question. Another strange law in Thailand is that a person is not allowed to own more than 120 playing cards.

Muay Thai boxing, also known as “eight-limb art”, is the second most popular sport in Thailand after football (soccer). 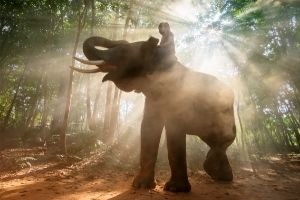 Elephants are a symbol of Thailand – Fun facts about Thailand

Thailand’s National animal is the elephant. There are more than 5000 elephants in Thailand.

To greet someone in Thai, use the word ‘sawadee’ followed by ‘kah’ for females and ‘kraap’ (soft r) for males

If you want to know more about Thailand and living in Thailand you can read my article about moving to Thaland here.